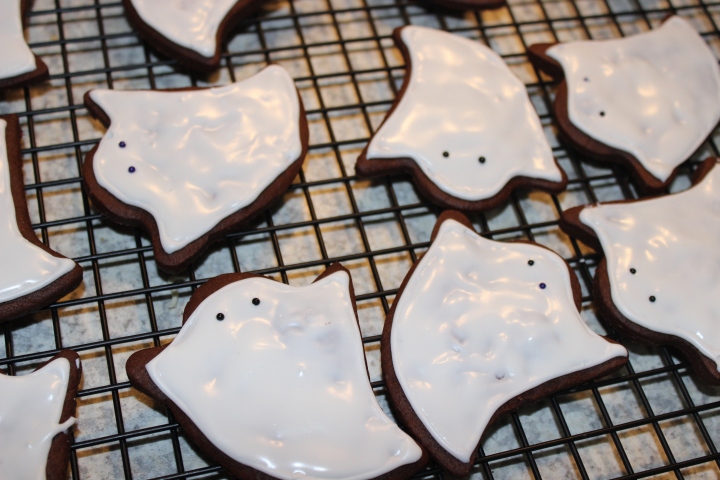 Hooray, I actually put down a video game long enough to get cookies made this month!

Even more impressive (to me), I made these from scratch! 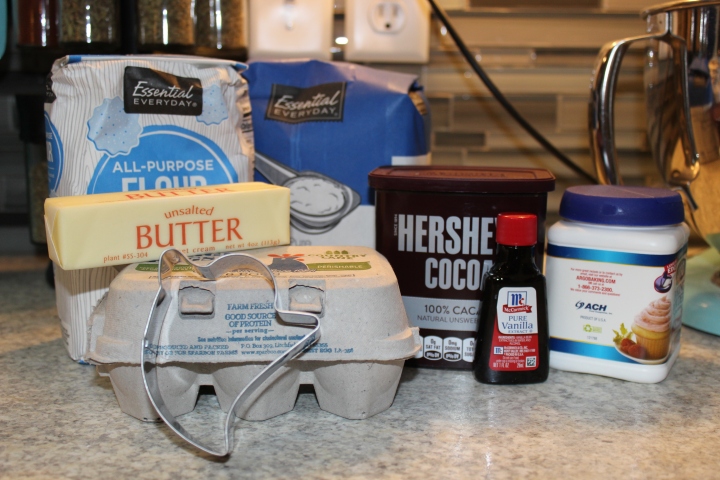 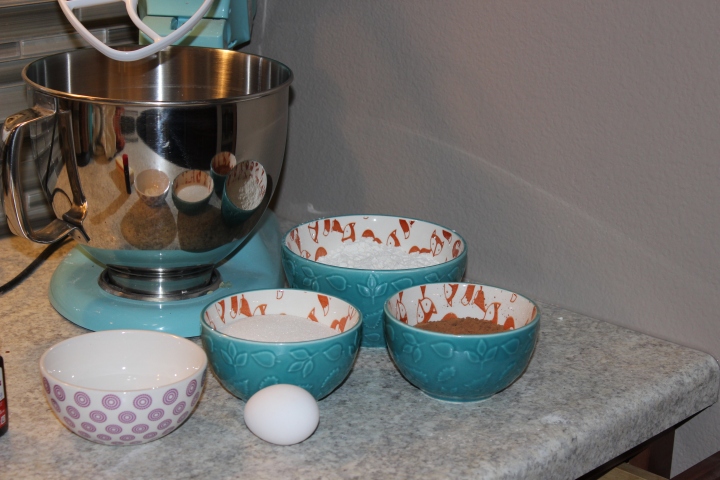 I started with mixing the butter until it was creamy and soft. 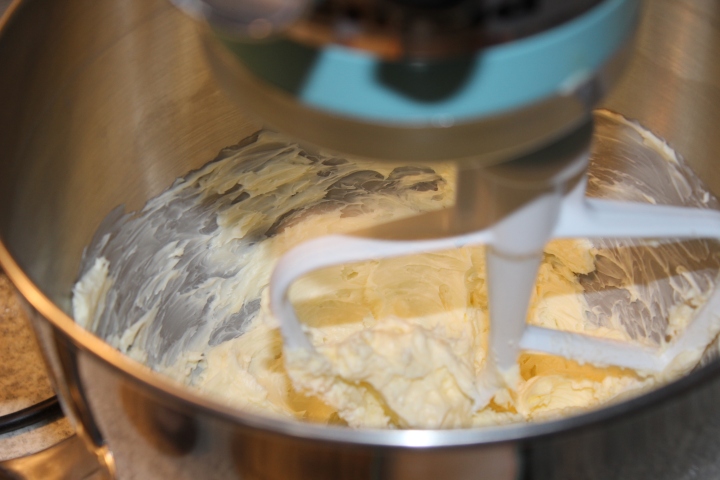 Then added in the sugar… 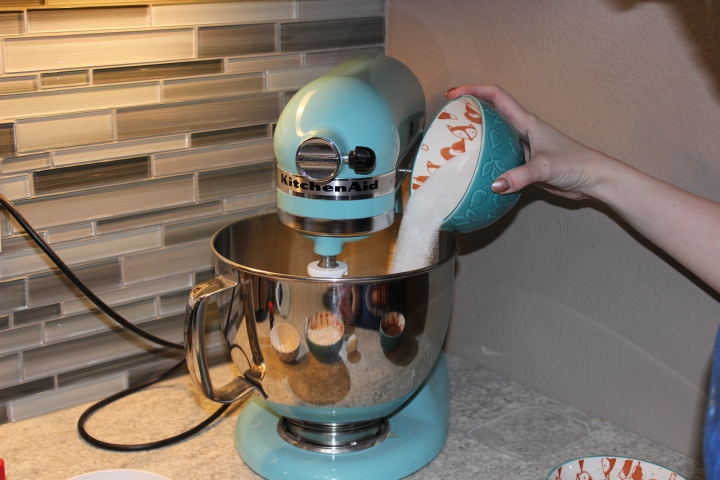 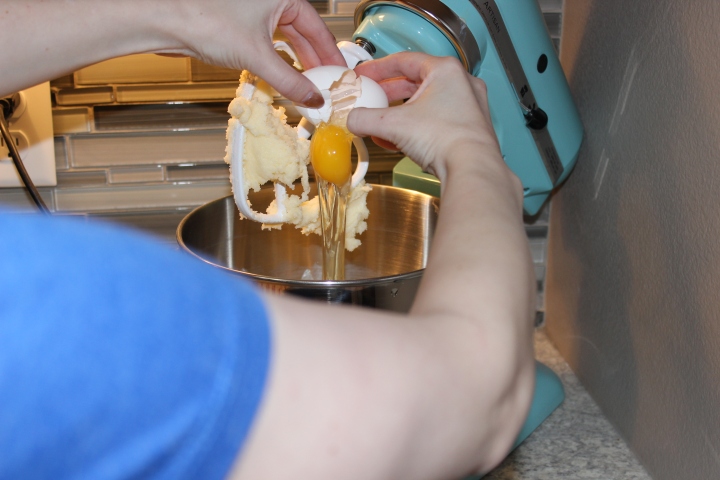 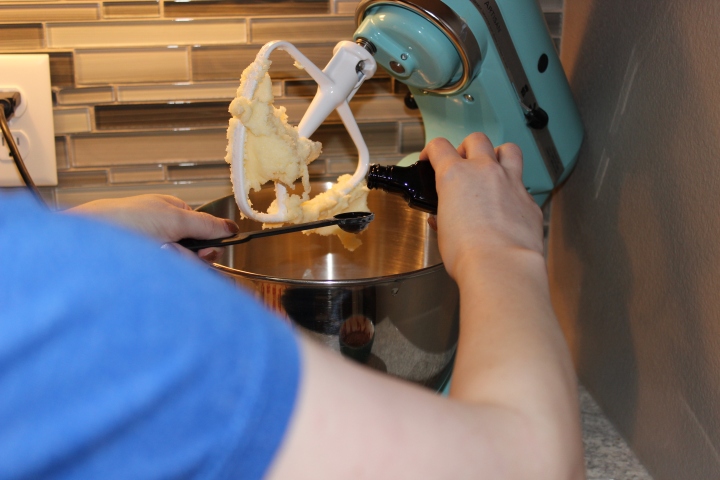 [As I write this, I’m finding it weird how I managed to take a photo of everything I was doing step-by-step… seems unnecessary now but LOOK AT THAT EGG DROP PHOTO! Impressive. haha]

Beat those together on a higher speed for a bit until it looked like this: 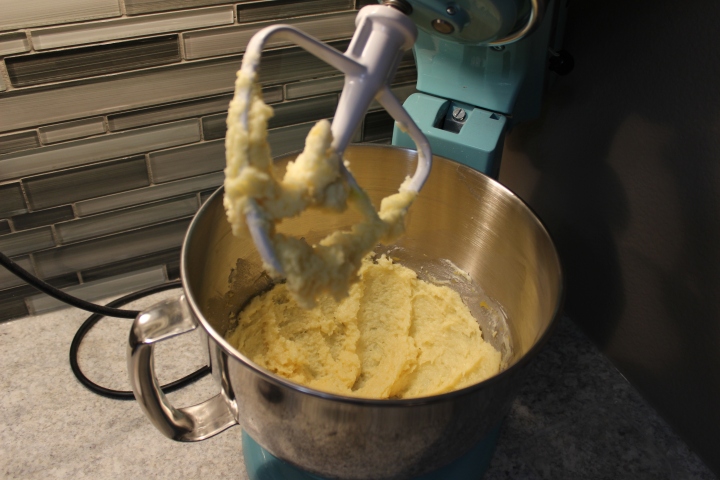 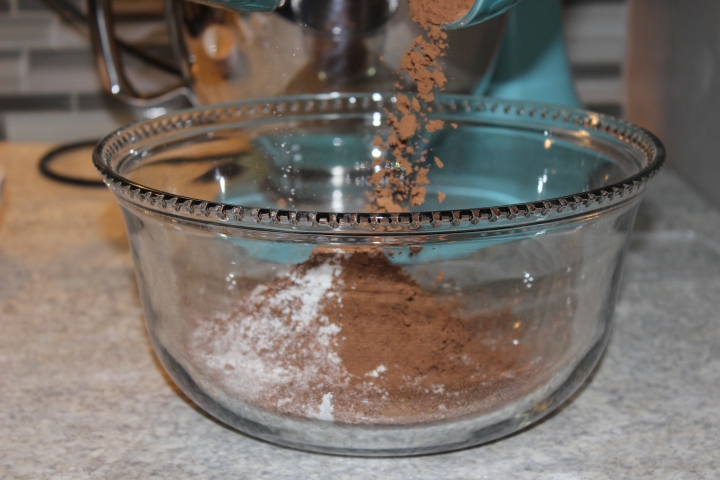 Also added in the baking powder and salt at that point too. 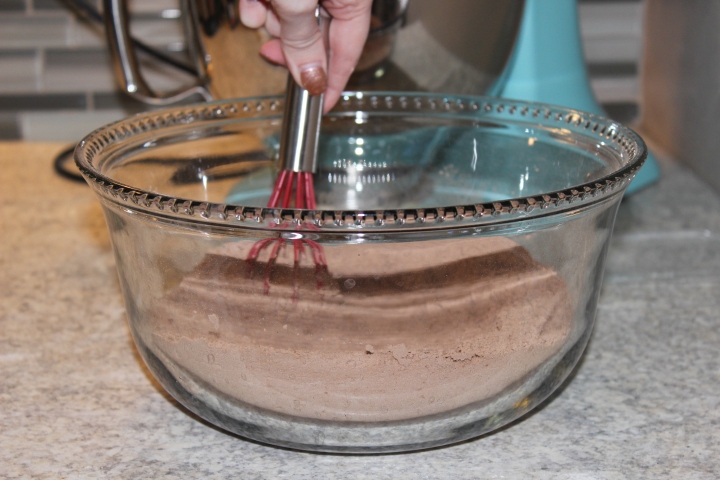 Mixed the powder portion in and then split the dough into two pieces and rolled it out. 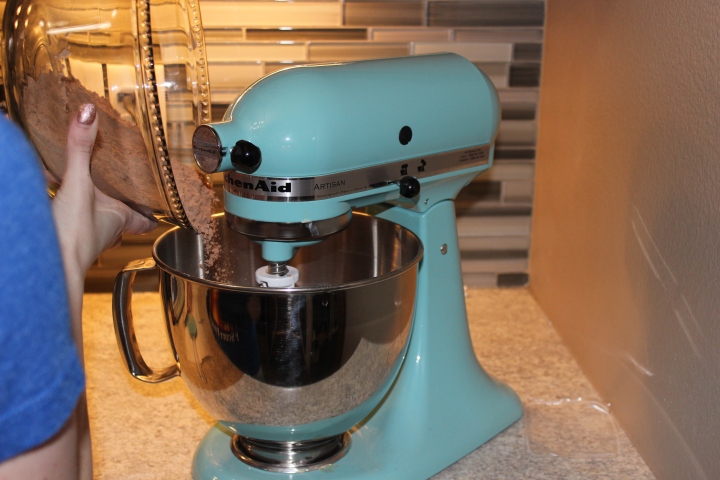 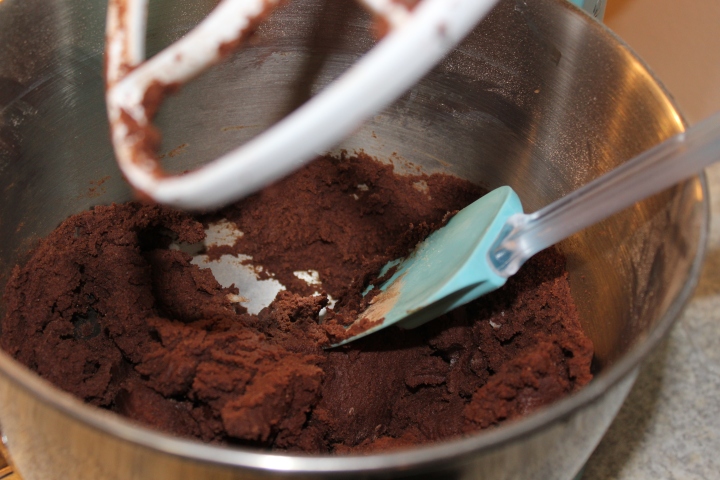 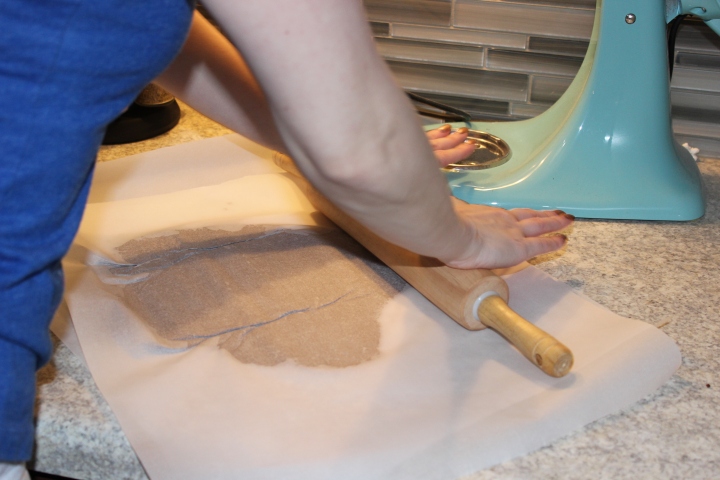 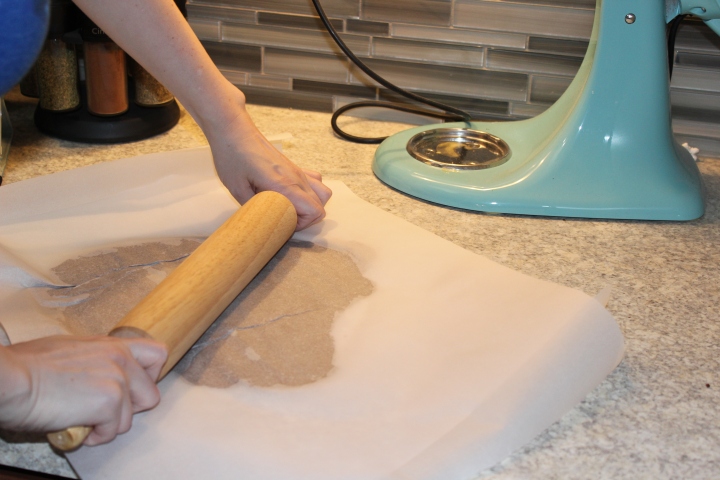 I let the pieces chill in the fridge for a bit over an hour which was a pro-tip because as I kept re-rolling out the dough after taking cut outs, the dough started to get more and more difficult to work with. So chilling is important!

Cookies went into the oven (350 degrees) for 10 minutes. I also turned the pan halfway through. 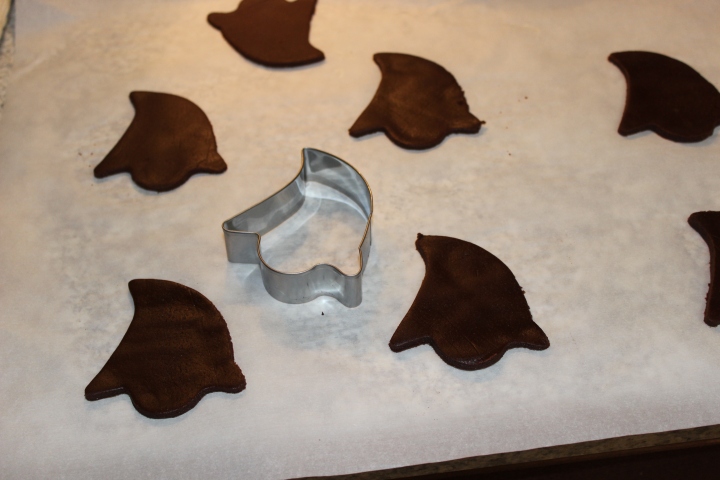 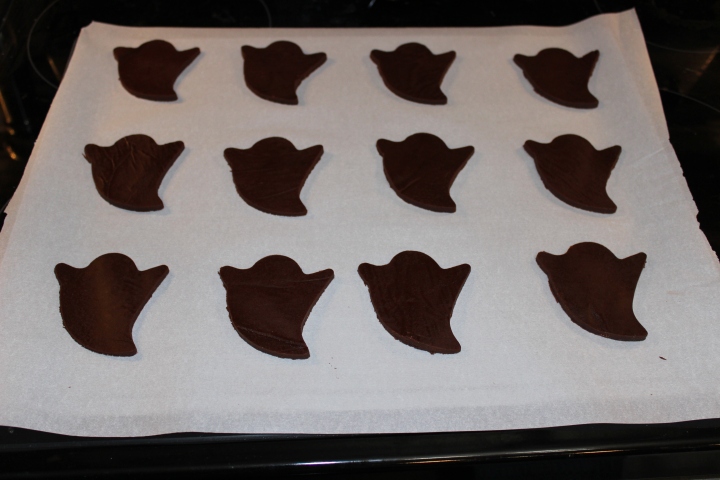 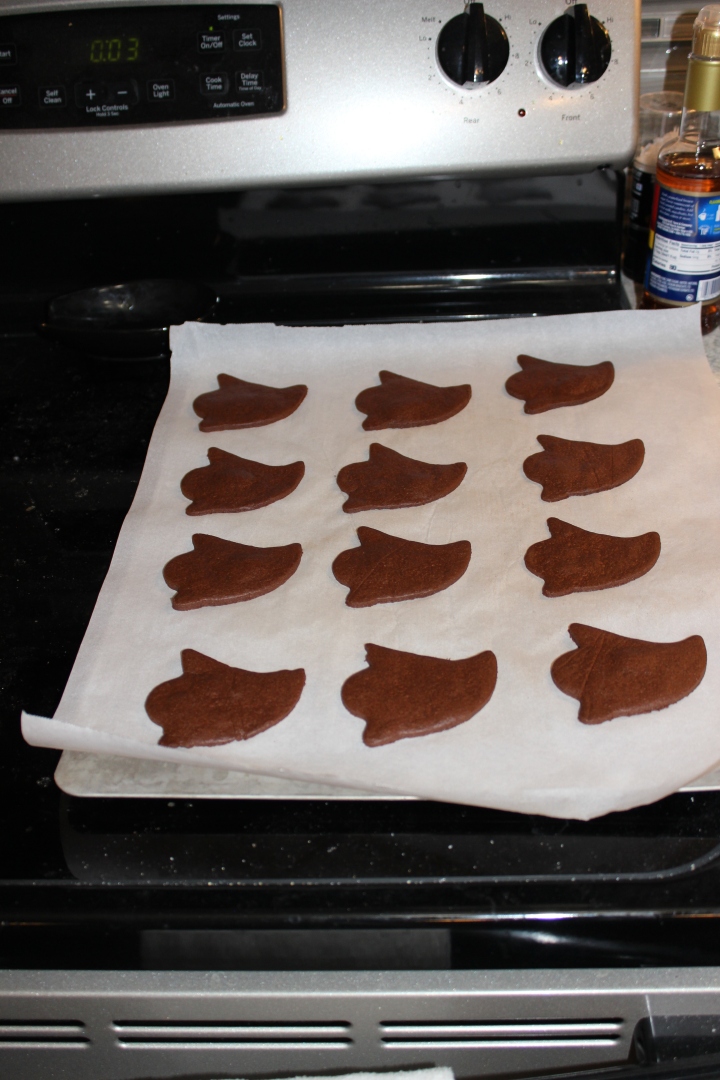 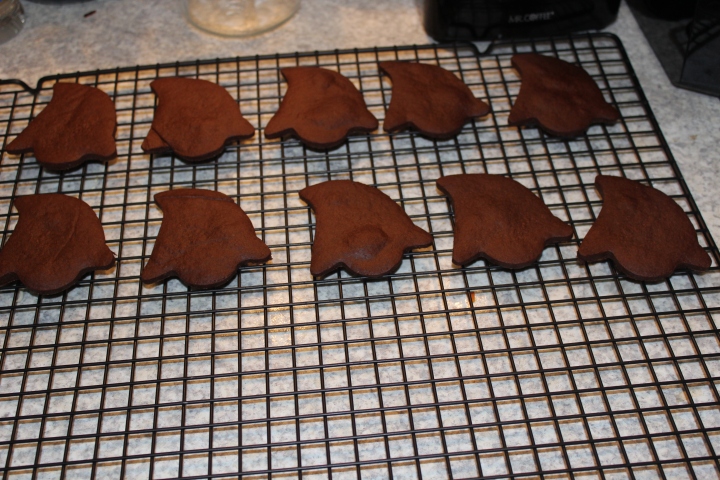 I left them cool for a while and the stacked them into a container to sit overnight since by this time, it was near 2 AM and I wasn’t about to start frosting then…

About 20 hours later, I continued with frosting. And guess what, I RAN INTO PROBLEMS. Surprise. haha

Firstly, I used cookie icing that was premade because… well, if you saw the Portal cookies I made, you’ll know why. I started by outlining the edges because in my mind, once that hardened a bit, the icing would just fill in nicely and be easy…. 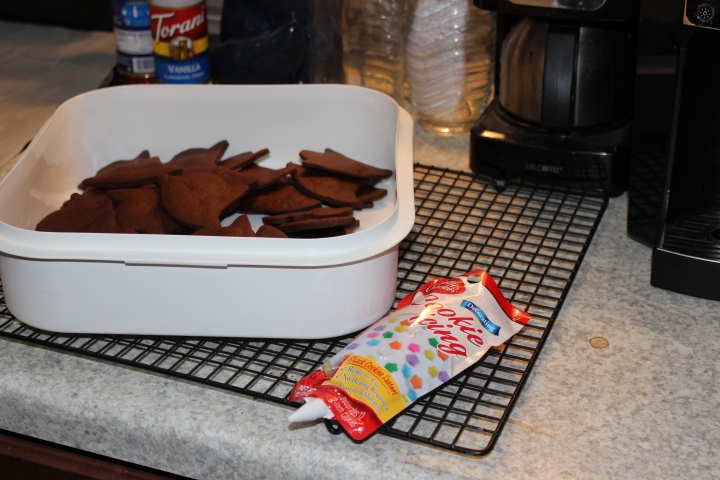 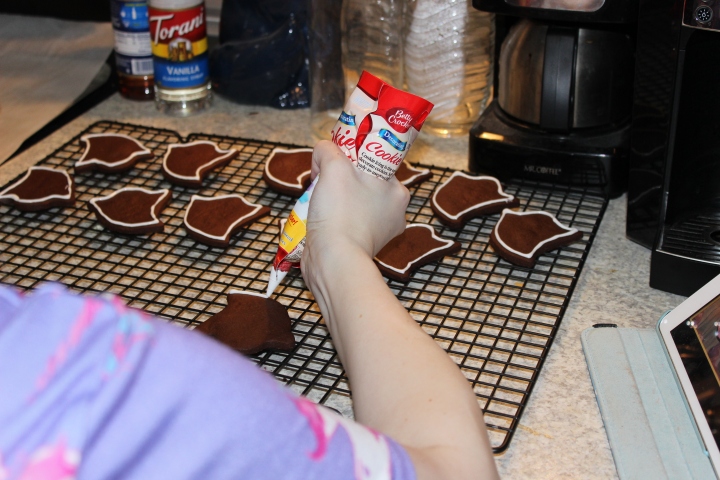 My mistake after this was I cut open the nozzle so it would have a larger opening and expected icing to just pour out. Well, it would pour out but in large chunky lines that did not just flow to the edges of the cookies. Instead, I had to use toothpicks to spread it all out and it became a very tedious and annoying process. And I ended up running out of icing so I just had 1/4 of the batch with outlines. Also, trying to get TINY little sprinkles in for eyes… ugh.

But at least they turned out cute still! And for those who don’t like so much icing, they had the option of less icing I guess so it worked out okay. 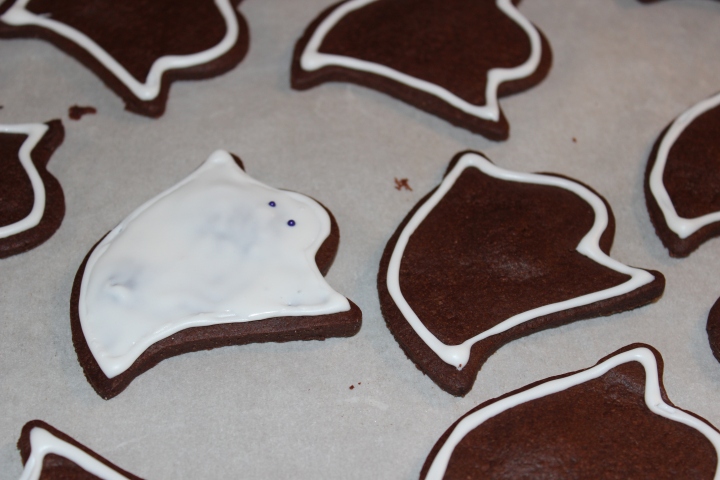 This past weekend, we celebrated Halloween!

We went to Omaha and visited Vala’s Pumpkin Patch

And our big group’s costume theme this year was Super Smash Bros!! 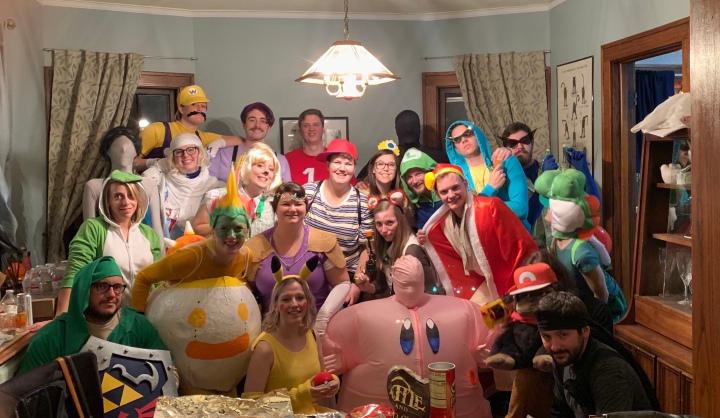 I went as Pikachu! Aj used his 3-D printer to print pieces for a Pokeball and also made a circuit so it would make random Pikachu noises, it was awesome! 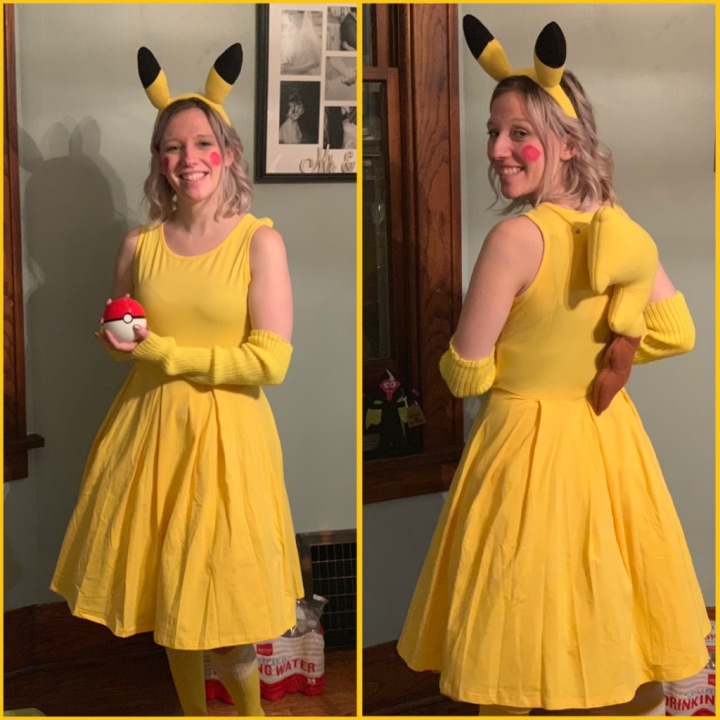