And it was my first time in Florida!

Aj and I visited his grandparents in Florida Keys. We spent most of our time in Islamorada but of course, spent some time in Key West as well. And it was WONDERFUL! I’m easy to please when it comes to being near the ocean.

We spent all day Tuesday travelling. We flew into Miami, spent waaaay too long waiting for our car rental (most frustrating process I’ve ever encountered trying to rent a car…and for no reason it seemed), then drove from Miami to Islamorada…pretty much passing out once we arrived.

Wednesday, we drove down to Big Pine Key for lunch at No Name Pub. It was a great spot for lunch and had quite an interesting vibe, like a honky tonk dive bar but on the ocean. And the décor was… well, it was all money! 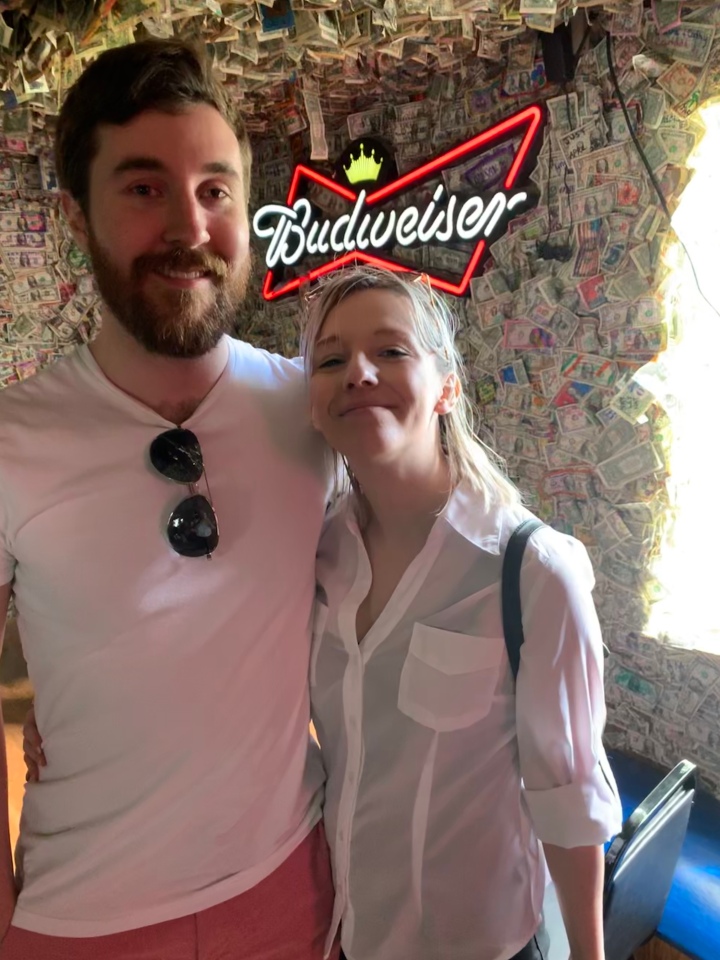 Later we spent some time on the beach relaxing and had a nice family dinner of stone crab, steak and potatoes. 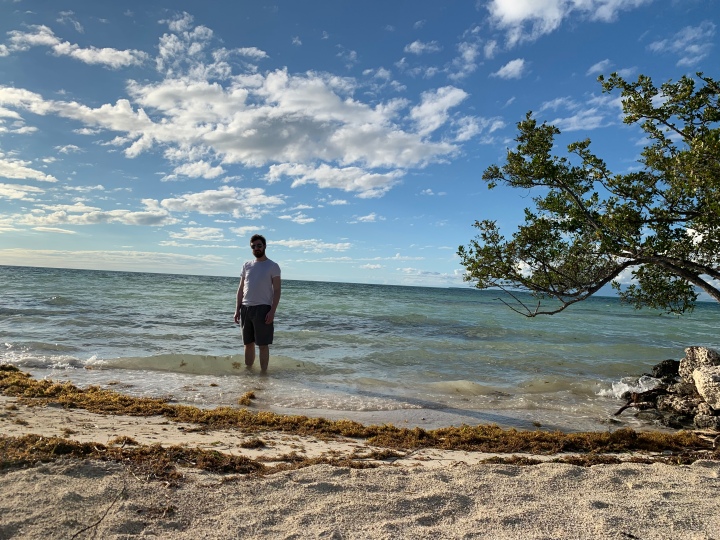 On Thursday morning, we drove off to Key West. We spent most of the day walking up and down Duval just exploring places. We had lunch at Lucy’s, a snack of macaroons, drinks at The Bull, saw the Southern Most Point, saw the sunset at Mallory Square, etc. etc. We were lucky enough to find an AirBnB just a bit off Duval in a cute little apartment-esque place and managed to make it there after finding food at Old Town Tavern. Also there were chickens everywhere and it was very amusing to me!

We got up Friday morning to make sure we hit up some key (haha) attractions. First, stopping by the Butterfly Conservatory, which was beautiful (and had a friendly flamingo to say hi). Walked down to the Hemingway House which was lovely and omg, the cats! SO MANY KITTIES!!! I can appreciate that Hemingway liked cats and nice bathrooms. 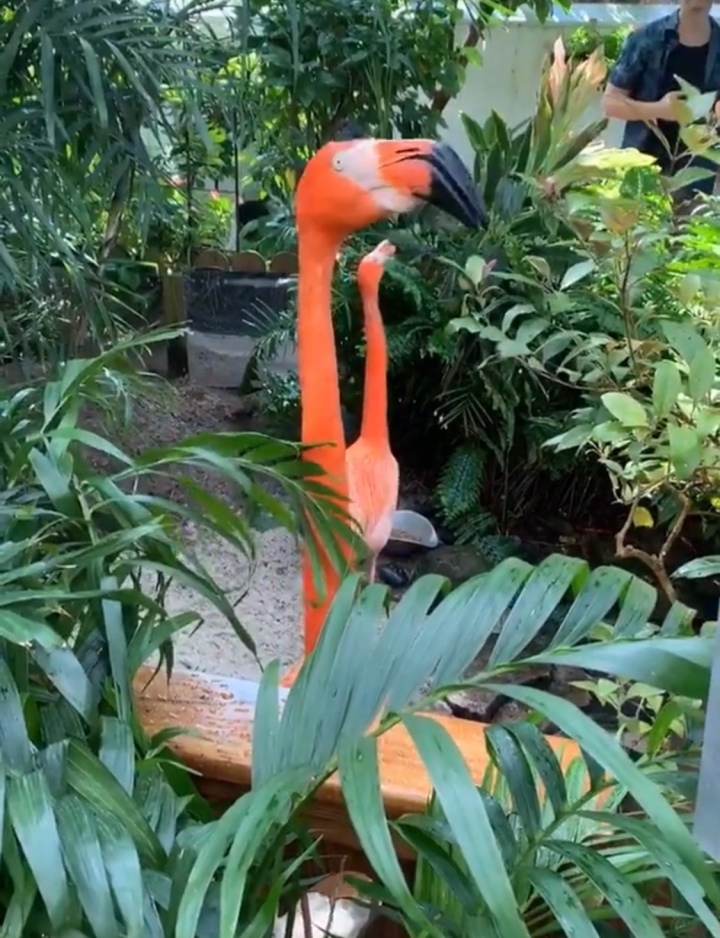 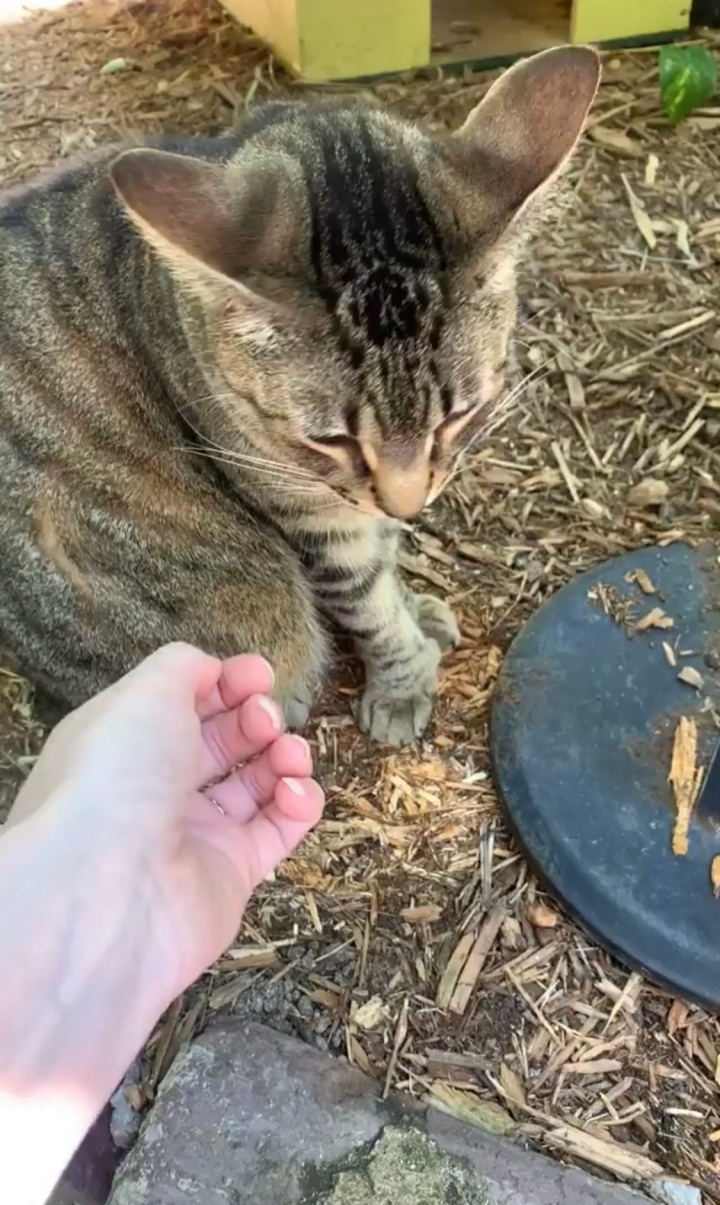 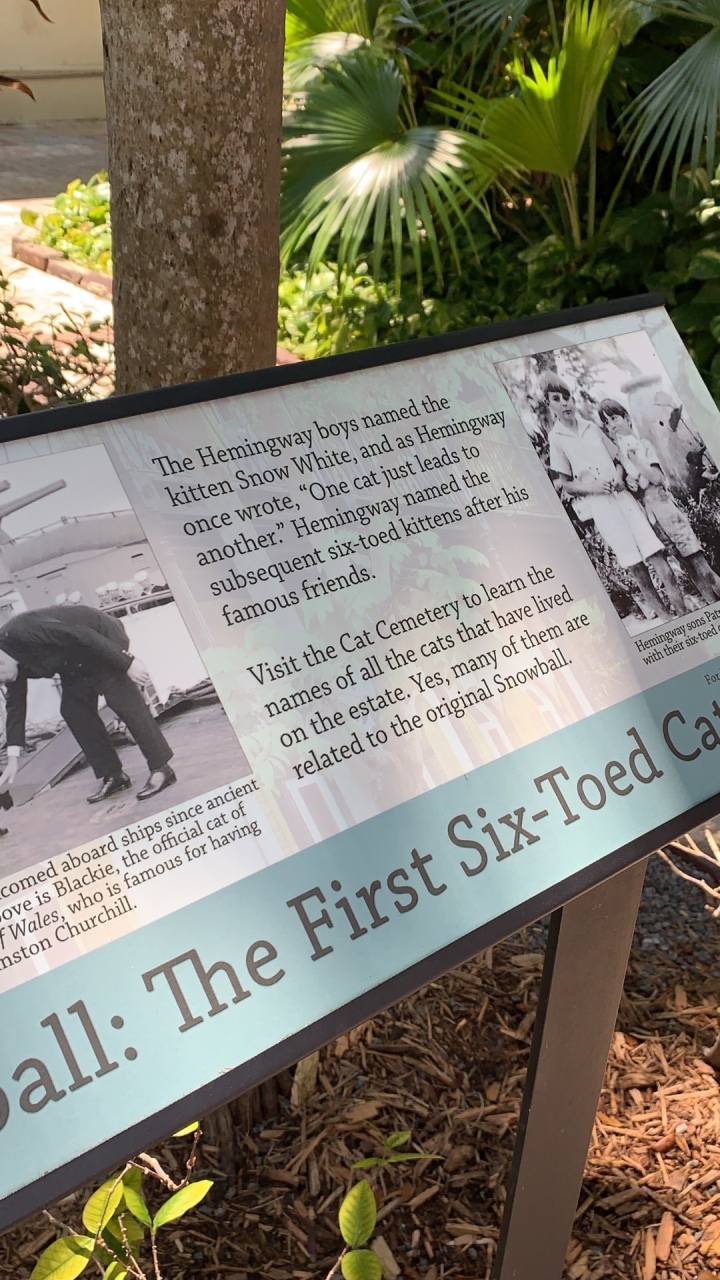 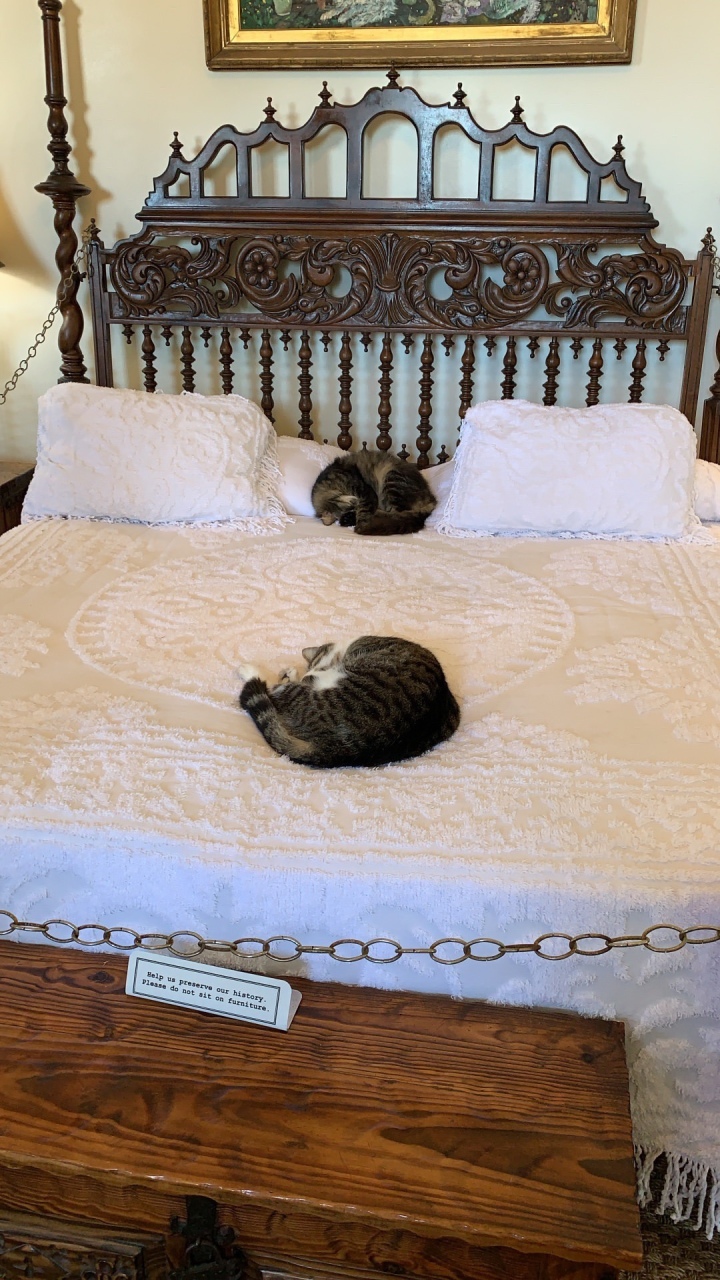 We also made sure to ride the Conch train and visit the aquarium before eventually making our way back to Islamorada. I feel like we crammed a lot in for the short time we were there, but it certainly didn’t feel very rushed, just very fun!

We woke up early Saturday morning to take a historic tour of Islamorada. It was pretty interesting! I honestly couldn’t tell you much about the Keys, but after spending just a week there, and going on these tours, I’ve learned so much history of the Keys. And it’s an impressive history. After the tour, we had a tasty meal at Islamorada Fish Company, where I learned that a lot of restaurants in the area (or maybe just seafood ones) offer saltines and hot sauce. And I find myself craving it now occasionally…

Later, Aj’s grandpa gave us a boat ride which was incredible!! I think my favorite thing next to wading/swimming in the ocean is being on a boat in the ocean! We also got to see many houses around the harbor and it was just very calming and pleasant.

For dinner, we ate at the Islamorada Fishing Club where I stole some bites of Aj’s key lime pie. Because how could you not have key lime pie in the Keys? And we also saw our first manatee there! He swam by and swirled around in the harbor, it was adorable.

Sunday was our last full day in the Keys. We had a nice home-cooked brunch. Aj kayaked for a bit around the harbor. We later visited the beach again, it was a very mellow day which was exactly what we needed!

Dinner was had at the Shrimp Shack where Guy Fieri was plastered all over; apparently the restaurant had been on Diners, Drive Ins and Dives and was noted for their shrimp fritters (which were pretty tasty). And the night ended early so we’d be up on time to go back to Miami.

I think I had about 38 mini panic attacks while Aj drove us through Miami. That traffic is something else… I tried not to watch too much as we made our way to Miami Beach. Once there, we ate lunch at The Local House (delicious black pasta with lobster and gouda cheese!) We spent a lot of time just walking down the beach in the water, it was so nice! And although there were a lot of people around, it didn’t seem very crowded. The beach is huuuuge. And it might have helped it was a Monday too. We got gelato for a snack, walked in the water more, and then had oysters before leaving the area to visit Aj’s aunt.

She and her boyfriend took us to a restaurant called Ad Lib in Coral Gables, and her daughter and friend joined us. Incredible place! The staff were so fun and courteous, the food was outstanding (as were the drinks), and it was so fun to chat with everyone since we don’t often get to see them! It was a great way to end a trip as we left for the airport early the next morning.

I think the reason I tend to like vacations/trips to and near beaches is because they end up being so laid back and relaxing! Plus I love exploring new places and doing all those kitschy tourist things 😃

I recommend everyone visit the Keys!

(Also, apologies for some blurry photos, I didn’t realize at the time but I was taking waay more videos than photos so the blurry ones are just screenshots of the videos 🙈)