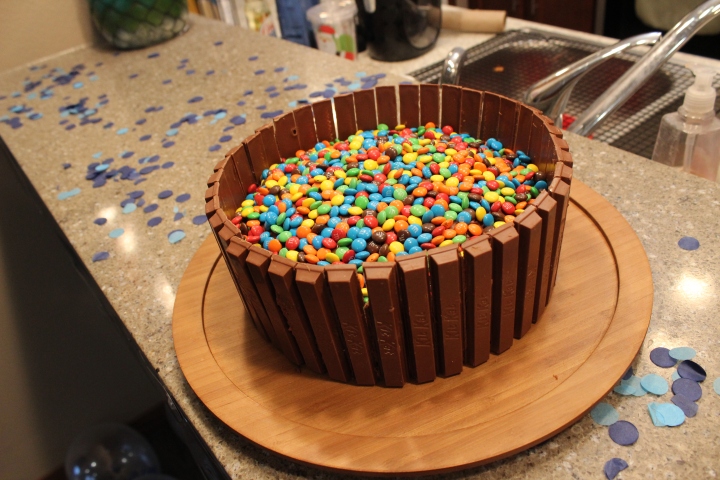 AJ’s birthday was April 1 and I decided to make him a cake!

It wasn’t anything too special as I’m sure most people have seen this around before and it wasn’t really difficult at all, although I did expect it to possibly be a disaster.

I did run out of Kit Kats at one point…

First, I just started off with baking a regular white cake (didn’t do chocolate cake as I thought that may be a bit too much chocolate). 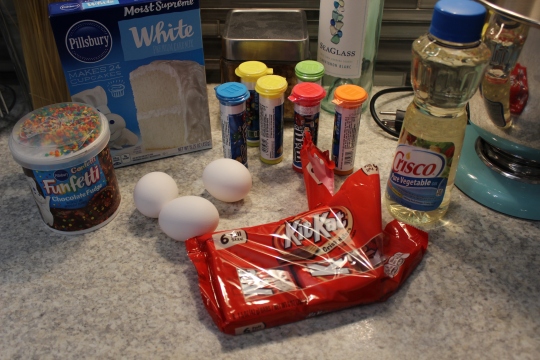 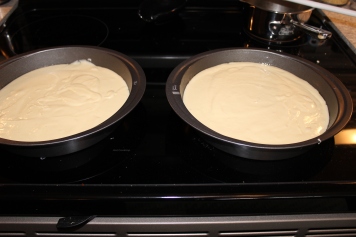 I split the mixture into two 9 inch circle pans so I could stack them after they were done baking, add some chocolate frosting between them (thought it might look a bit more fancy this way! At least when it gets cut in to) 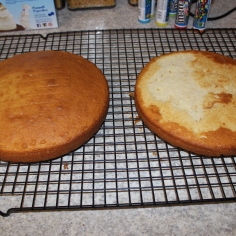 I think I made it about half way around the cake before I realized I needed more Kit Kats. I also decided to keep them in the freezer while I worked so they would be less likely to melt as I attached them. Even though they weren’t in the freezer too long, it still worked out well!

The first four I attached by frosting both the cake and the individual Kit Kat pieces but it ended up working better just to attach them directly to the frosted cake.

Then I just poured some mini M&M’s on top and kind of spread them out to stick into the frosting, used just enough to add one layer (again, I was worried about how sweet the cake might get!)

The end result turned out very nice! AJ really enjoyed it even with how sweet it was. He also figured out what the cake would be when I told him I needed more ingredients and we went to the store to buy more Kit Kats. Oops! But he was still impressed with it!