I am quite sad that it has taken me this long to get back to this blog! BUT I refuse to admit I have abandoned it! I’ve just been really busy this summer so far…

So over the last weekend of June, Christa, Katrina and I took a trip to Vegas to celebrate Christa getting married!!!

It was SO MUCH FUN and the weather was BEAUTIFUL! We were all slightly worried we would die in the 100+ degrees it would be, but because it was a dry heat, it just felt extremely nice! I really miss it; it gets so humid in the Midwest!

We got in REALLY late on a Thursday night (our flight was delayed) so by the time we got to our hotel, we were exhausted and passed out. We were staying at the Flamingo which is right smack in the middle of a lot of things on the Strip. 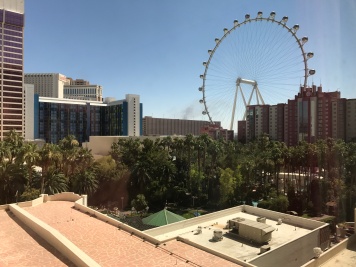 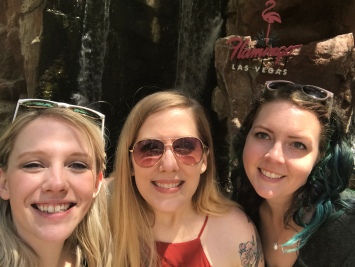 Our first day, we had an incredible breakfast buffet in the Flamingo! Then we explored and shopped all afternoon. Christa has a couple hotels she wanted to visit on her list and they were pretty close by so we went through them. We started with Caesar’s Palace which has many, many shops in it! And it’s also so pretty there (well, all the hotels are really aesthetically pleasing I think!) 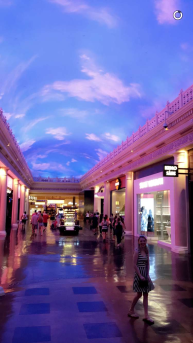 We also got our big drinks from Fat Tuesday and continued to explore the Venetian. While we were there, Katrina went pearl shopping by breaking open a couple oysters! It was pretty neat to experience.

I believe by the time we finished exploring, we had managed to get about 20,000 steps in so by the time night came, we were again exhausted. But happy! And the drinks helped 😉 For dinner, we ate at Giordano’s and I had a deep dish personal pizza that was probably like… 90% cheese. PERFECT for me!

The next day, we bought tickets to see a Cirque du Soleil show in the evening. Then we headed out to the pool which was… well, there was first a very long line to get in. As many times as I’ve been to Vegas, I’ve never actually visited a hotel pool so the whole experience was new to me! But oh man, it was pretty awesome. Once we got in, we found some chairs and got a pitcher of beer to sip from! 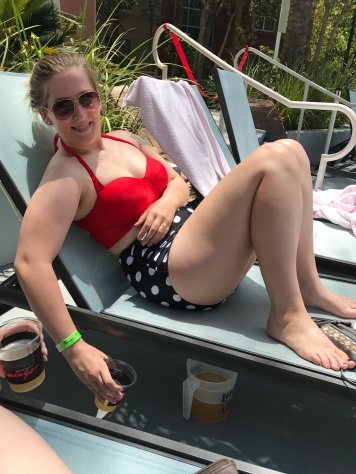 It was a bit intense, the pool part! It was like entering a huge party and there were so many people there and a DJ (sadly we were a day ahead of Mark McGrath being at the pool ☹️).  We also had a snack and margaritas at Margaritaville since it was attached to our hotel. Delicious!

After that, we got ready to make the trek down to New York, New York hotel for the show! It was about a mile away and I’ll admit, the weather was getting to me a bit on that walk! But we did get pass through a couple hotels on the way which helped (Mm, that strong A/C!) Once at NY, NY Christa and me decided to get giant slices of pizza before the show.

I’m not even sure how I can explain how neat the performances were! It was the first Cirque show I’ve seen and I’d say we picked a good one! We saw Zumanity, which I would describe as a provocative, burlesque and acrobatic show. That doesn’t really do it justice though! The acts were amazing and it was also super funny and playful, it was a good fit for the reason we were there I would say!

After the show, we walked back to our hotel (stopping to get Krispy Kreme and slushy drinks on the way) and attempted to gamble a bit because… well, when in Vegas, right? Overall, it was a fun short trip and I’m very happy we decided to go! 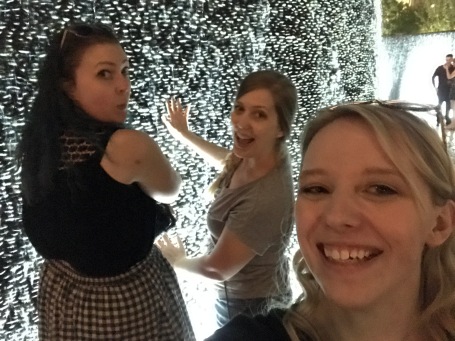 Until next time, Vegas! ♥