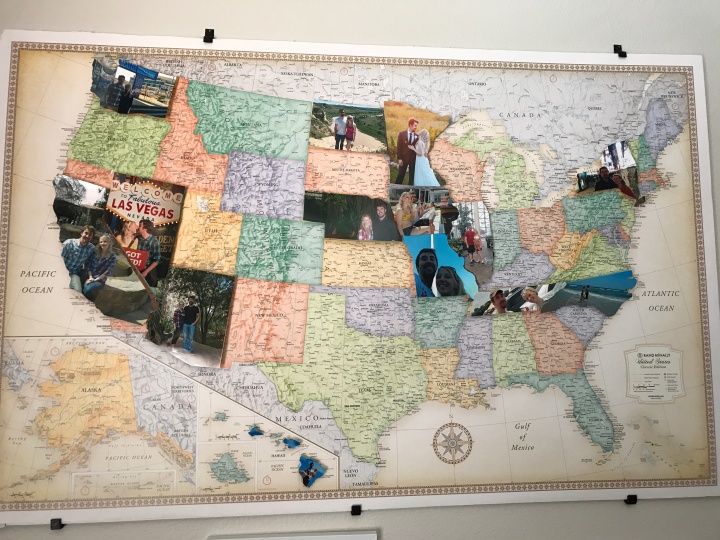 Last year, for our first anniversary, I gave Aj a map of the United States with photos of us cut out in the shape of the states we have visited together. It turned out very nice and I thought I’d share the story behind each photo.

Disclaimer: I realize after typing this out that this post probably seems vain but that is not my intent! We are very lucky to travel so much and I just love to travel, especially with Aj 🙂

We’ll start with the West and work East.

The photo for Washington state was taken in Seattle. For our honeymoon (April of 2016), we planned to go to Hawaii but also to make a couple stops on the way out there. Our first stop was Seattle! We got in a bit late but managed to walk around a little bit but the next day, we took quite the tour of the area! We walked from our hotel in Queen Anne to the area around Pike Place and back again seeing the Space Needle on the way back. It was an ALL DAY trip and LOTS of walking, but worth it! 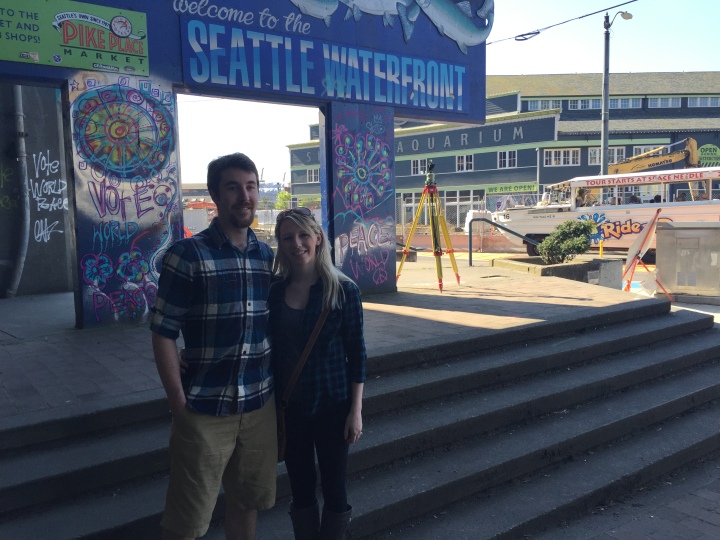 California we have visited a few times now! This photo is from our second time there, when my brother got married in Big Sur in Spring of 2013 and we managed to make a big trip of the event (staying in Big Sur, seeing San Francisco a bit, visiting some wineries, travelling to Las Vegas and Arizona before coming back). The photo was taken at V. Sattui which was my favorite winery that we visited there! The area is beautiful and the wines were delectable! 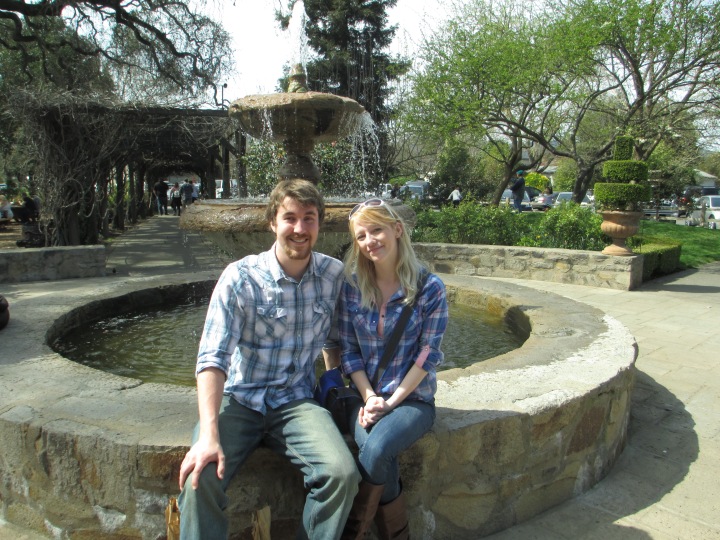 The photo for Nevada was, obviously, taken in Las Vegas, same trip as the California one. We visited Madame Tussauds at the Venetian and they took our photo beforehand. We thought we’d be funny to have a picture suggesting we eloped (though I don’t think we fooled very many people!)

The Hawaii photos is from our Honeymoon trip! I really loved it there and would love to visit again! Definitely one of my favorite vacations. This particular beach is one we happened to just come across while driving around the island called Kokololio Beach. Very beautiful and not very many people there!

Arizona we have been to a couple times as well (Aj’s mom and grandparents have places there). We last visited in November of last year, the photo is from a trip to one of the zoos! 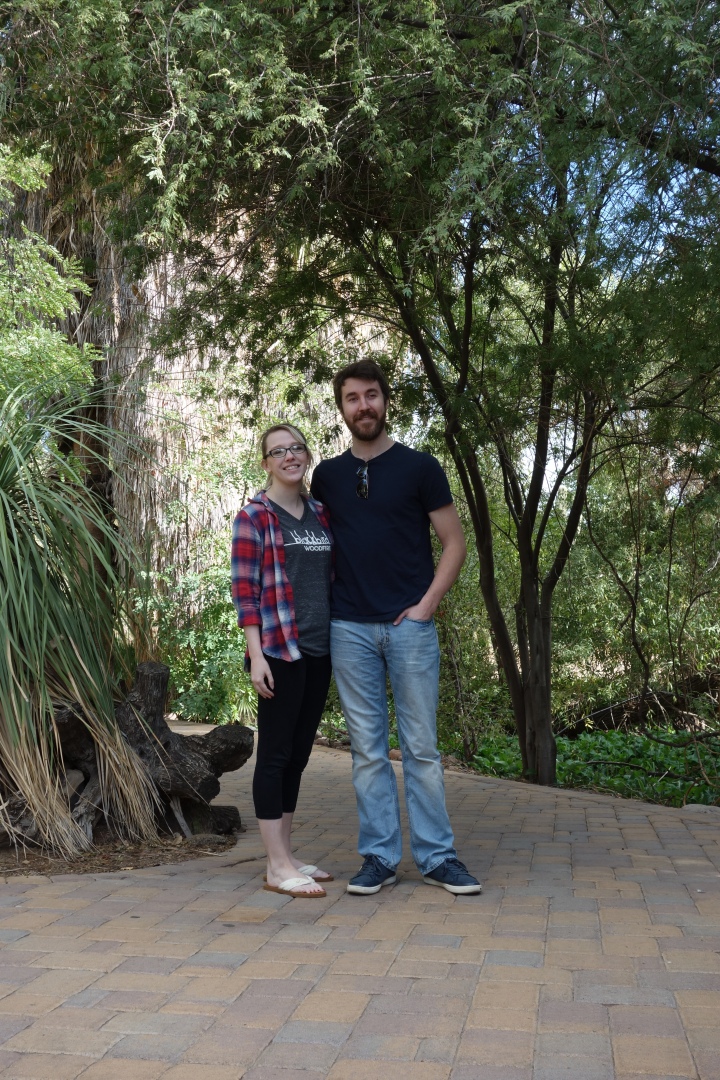 The North Dakota (home state!) photo was taken in Medora in 2015. We had gone out to visit the area with my parents and sister’s family (we used to visit Medora every Fourth of July!) 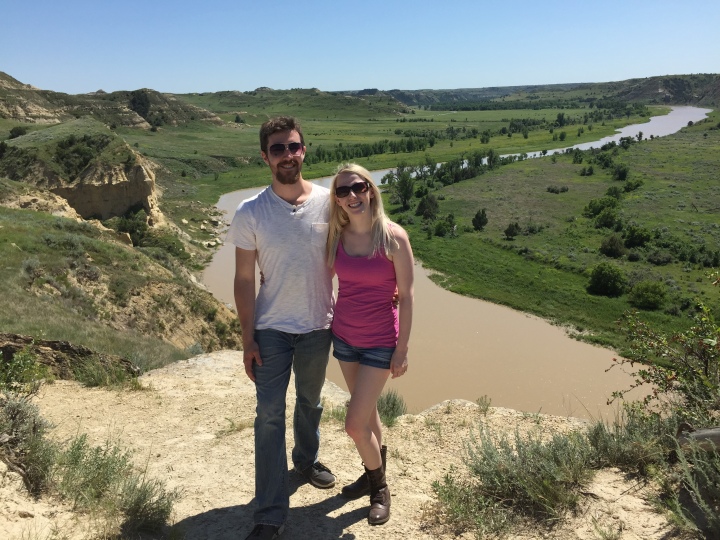 Nebraska we have visited quite a few times as well as our very good friends, Kellen and Vanessa, live there in Omaha. They’re always finding neat places to visit and eat at to bring Aj and I to. This photo was taken at the Henry Doorly Zoo in 2014 (blurry due to the jungle area being VERY humid).

I used a wedding photo for Minnesota as we got married on the outskirts of Moorhead. Seeing as the map was an anniversary gift, I figured it was important to include ❤ 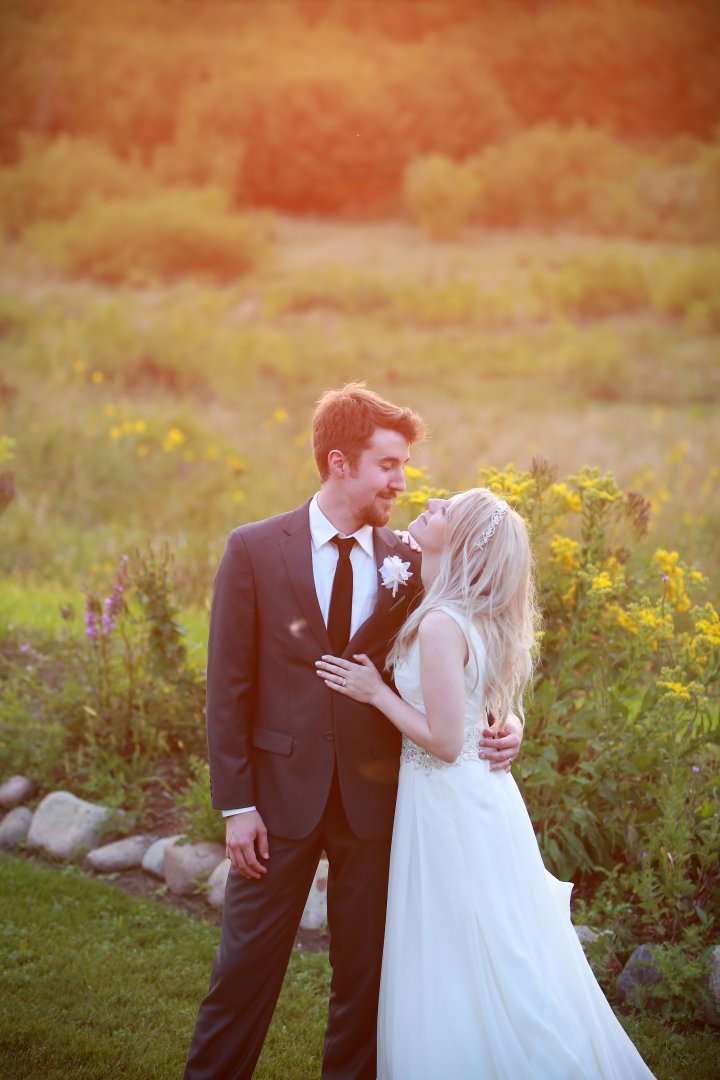 I just put up the Iowa photo from our trip to Okoboji last month!

Missouri, we have visited twice now! St. Louis both times. The first time was in 2014 when we stayed the night there on our way to Bonnaroo with a group of friends; the photo is from the time. Last year we visited again for a friend’s wedding! We got to explore the city a bit more that time. 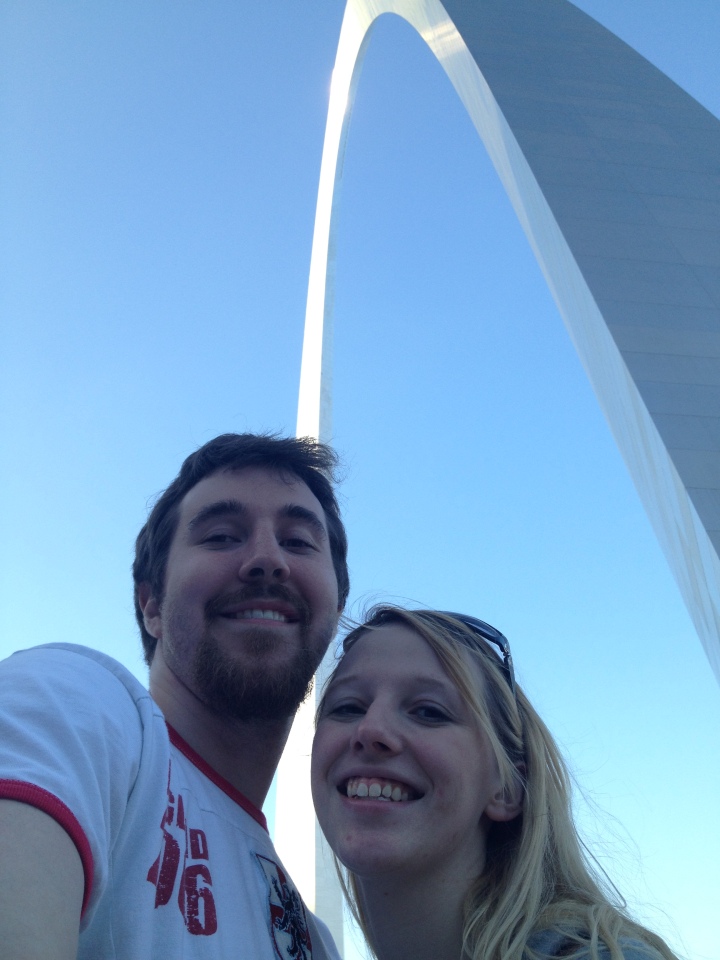 The Illinois photo was taken in Chicago, on our way back from Bonnaroo! Our group had split in two for the travel back home; one going to Omaha and ours stopping in Chicago for a night. Although we weren’t there very long, we managed to squeeze in quite a few sights!

The Tennessee photo is from when we were at Bonnaroo! If you haven’t been to a music festival before and are interested, I would highly recommend attending Bonnaroo! The vibes are amazing and fun and the line-up has quite the array of genres. Very fun trip, I do hope to go again sometime. 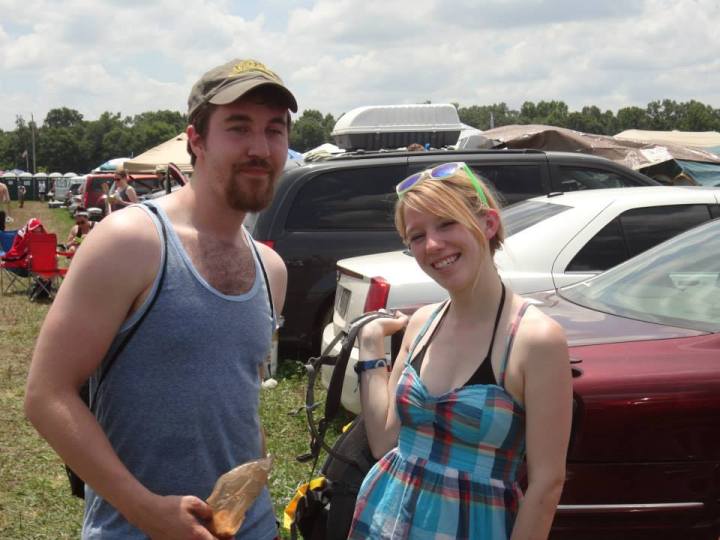 Aj and I just recently got back from North Carolina; we had a get-together with his friends from college there, renting an Airbnb near Top Sail beach! It was SO much fun and I’m really glad I got to visit the Atlantic! I’ve been to the Pacific quite a few times since my family would go on big road trips through the West. Very happy to finally get a couple trips to the East coast now 🙂

Lastly, there is New York. Aj’s sister was going to school at Barnard and wanted us to visit before she graduated so we spent Spring Break of 2015 there. She knew all the things to show us which was pretty awesome and we even got to see a show (Chicago) on Broadway which was exciting! The photo was taken in Times Square.

Before this year ends, Aj and I will be able to put up a photo for Colorado as well. I feel very lucky to be this well-travelled and look forward to visiting more states (and hopefully, some new countries as well!)

What state do you think we need to visit next?