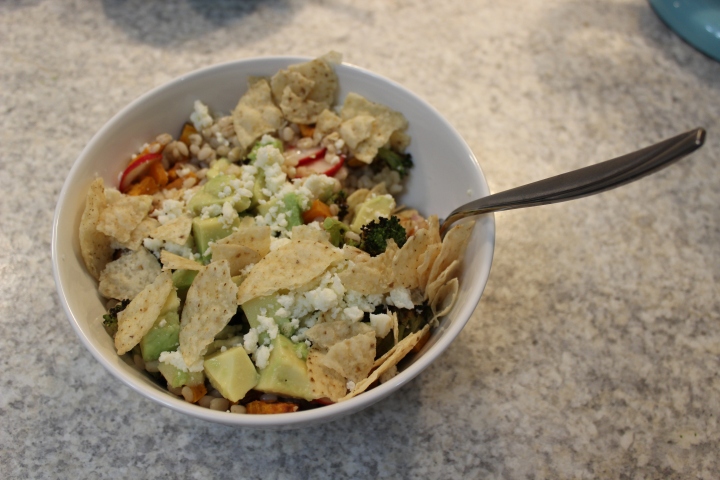 I say attempt because I made a lot of changes from the original recipe for this salad.

For a couple of months, Aj and I were trying Blue Apron. I don’t remember ever having a bad meal with them, we only cancelled the subscription because we rarely have the same eating schedule as each other so it was hard to find a time to make it.

There was one particular meal that really stood out to me, it was so delicious! I wanted to make it again but a couple of the ingredients for it were very specific and difficult to find in the area, so we made some substitutions.

So if you want the recipe, it is available here. I do recommend, if you have the time and finances, to try Blue Apron!

Here’s some photos of our process:

In the end, IT TURNED OUT SO DELICIOUS! It wasn’t quite as spicy as the original which kind of showcased all the other ingredients. I definitely will make this again sometime. Maybe make more changes next time.

I would note that I enjoyed the extra cheese. Aj noted that he liked the chips for more of a crunch and also the barley he liked better than farro.

It also inspired us to try cooking more often so we’ll see what becomes of that!