I’m so confused how it is May. Or wait… the middle of May?!!

Me last month: Maybe I’ll try to do something special soon, like a craft…

So since that’s all I have been doing, I thought why not show what I’ve been doing in the game? Because obviously since I unlocked terraforming, there has been a lot of projects I’ve decided to start, get to the middle of thinking oh shit, and then seeing it through because I have no choice at that point.

Also flowers are now the bane of my existence.

So none of these ideas are really ones I came up with on my own. I saw them online, thought they were awesome and attempted to do something similar!

Welcome to Valyria. (Of course I’d name it that)

We’ll start with the one I’m still working on… 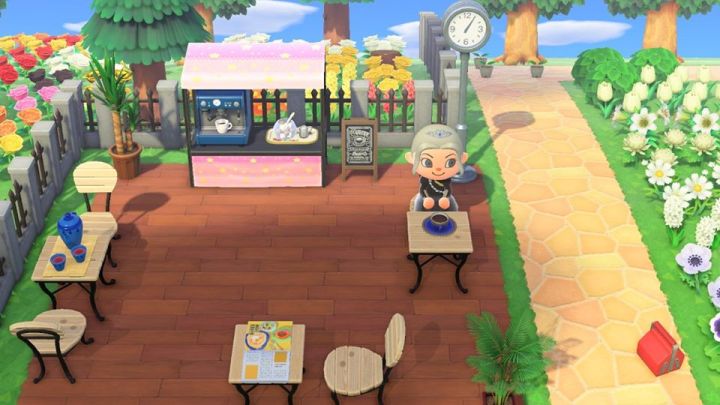 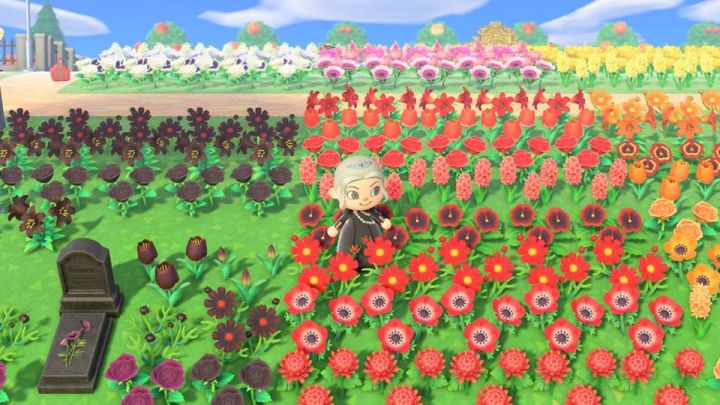 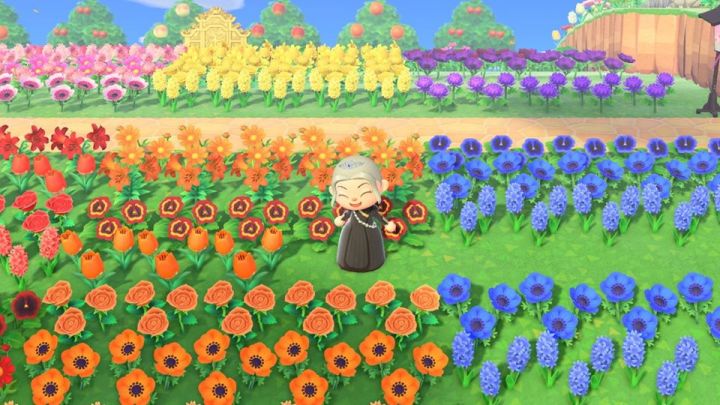 Clearly you can see what I’m going for. And no, I hadn’t remembered green mums existed when I started this haha So once I get those, I’m not sure what I’ll do with them. And it also has a little cafe nearby because I think you’re not allowed to have an island in Animal Crossing if it doesn’t have a cafe.

Also I added this awesome “throne” because I’m clearly Queen of Valyria (not you, Tom Nook). And since my castle isn’t erected (yet), this is the next best place for a throne. 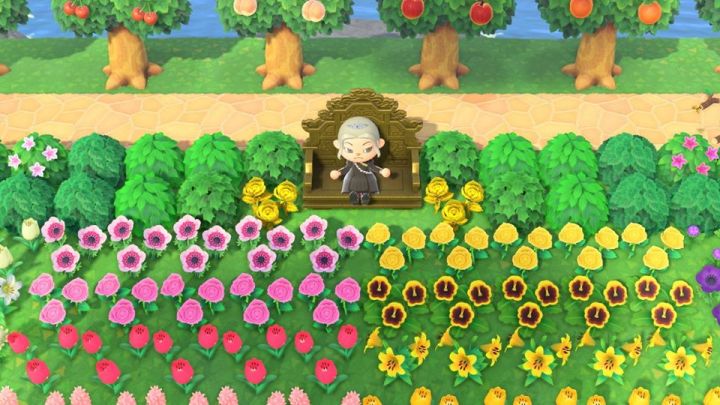 When you’re planning a garden like this, you end up with a lot of extra flowers… so I put all the overflow on this little cliff that also leads to a zen zone! The speakers are playing “Spring Blossoms” and it’s very quaint. Even with Godzilla 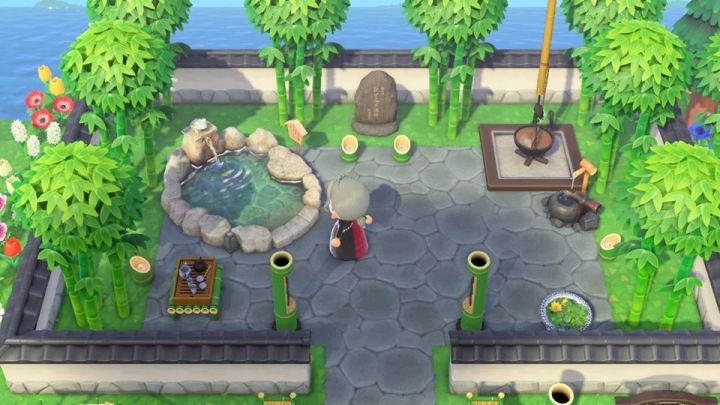 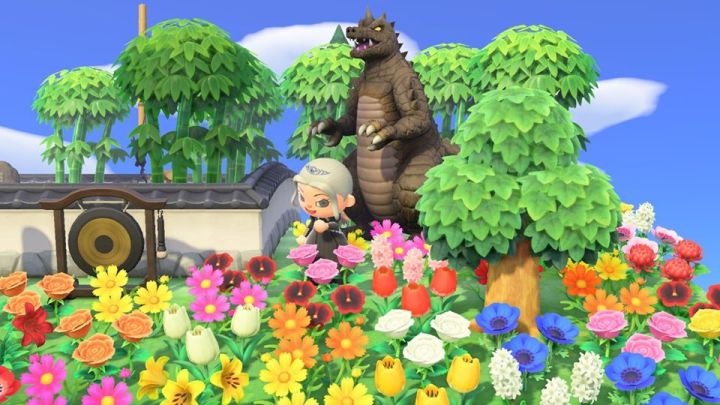 Next, we have this pizza area, styled after Blackbird Woodfire in Fargo because it was my favorite restaurant and I absolutely miss it! What better way to use the brick oven DIY recipe?!

Here’s my orchard which used to look different but now looks like a mash of forest… with more overflow flowers leaking into it.

Movie on the beach, anyone??? Sounds heavenly about now.. 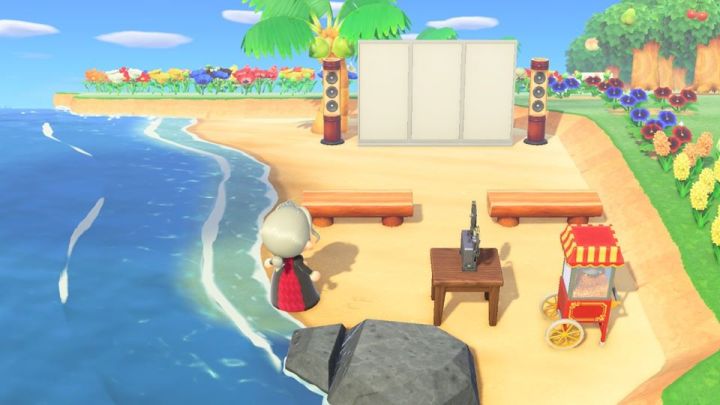 Also I’m very proud of my museum area! I like the iron/stone fencing and the hedges with it looks very classy. 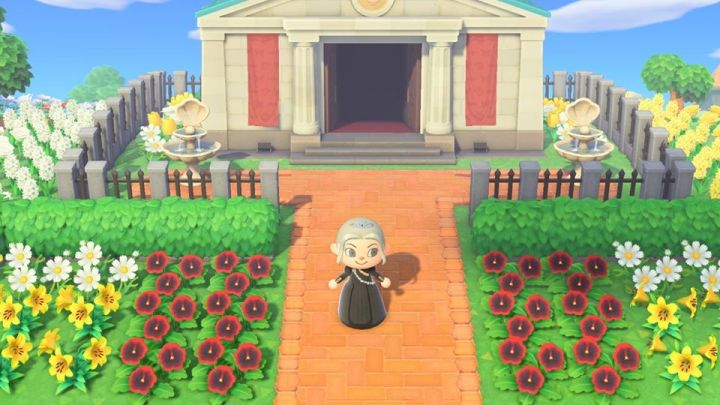 This pool area though…. I don’t know a better use for waterfalls 😍 It’s still under construction (hence the construction sign) 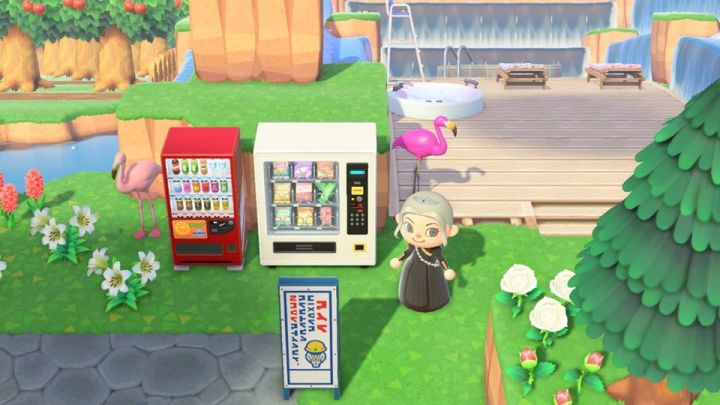 A lot of the other empty space on my island is currently being used to grow MORE FLOWERS so I don’t have very many fun things. But I do have some more ideas too (a castle? An outer space area?) So once I get these dang flowers outta the way, I’ll have space for those!

And here’s my house. Which will probably change. And since it’s a different day than the previous photos, I’m dressed as Tinkerbell and it’s raining.

And some interior shots, which may also change. I did just recently redo a couple rooms.

So that’s some of Valyria. Also my flag is indeed the Targaryen sigil and yes, my town’s song is the GoT intro.

Animal Crossing has kept my attention for a good two months now! It’s been super fun because I also have friends playing and we’ve had a group chat going on so we can trade art, fossils, recipes, etc. and visit each other’s islands to help water flowers, for inspiration, catalog parties, and more. Social distancing isn’t necessary in Animal Crossing 😊